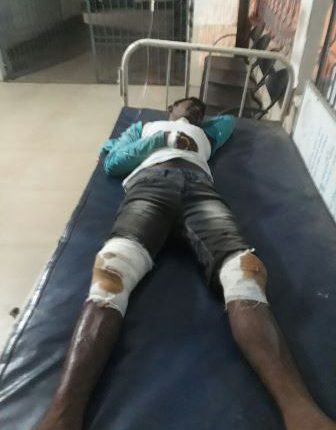 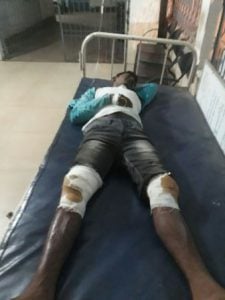 Berhampur: In keeping with its ongoing campaign against history-sheeters in the district, Ganjam police nabbed two notorious criminals after an encounter at Kanheipur in Khallikote area of the district on Monday morning.

The two arrested criminals, identified as Mitu Nahaka and Sauri Pradhan, have sustained bullet injuries in the encounter. They have around 20 cases pending against them at different police stations in the district.

After getting information about the presence of Mitu and Sauri in Khallikote area early this morning, a team of Ganjam police chased them for some distance before intercepting them near Kanheipur Square. The duo immediately opened fire at the police team in a bid to escape. As cops retaliated, Sauri sustained bullet injuries on both his legs and Mitu was struck on his left leg.

The duo was arrested following the incident and a bike, two pistols and five live bullets were seized from their possession.

Police rushed the arrested to the Khallikote Hospital first and then shifted them to MKCG Medical College and Hospital later in the day.