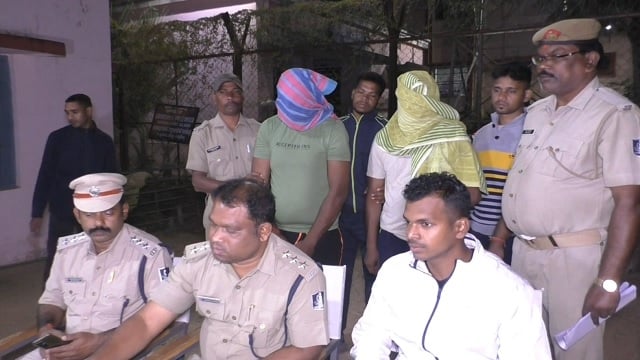 Balangir: In the half burnt body recovery case of Turekela in Balangir district of Odisha, another person has been arrested. Earlier today, one person had been arrested on the charge of murder.

The two accused persons have been identified as Sachin Agarwal of Raipur and Suraj Agarwal Kantabanji.

As per reports, a half burnt body had been recovered from the forest near Turekela College. Police suspected it to be a case of murder from the circumstantial evidences and carried on investigation.

During the course of investigation it was ascertained that, there was love affair between the deceased Tanu Kurrey and the accused Sachin Agrawal. On 21st November 22 both decided to go to Mahasamund and started their journey from Raipur in a four wheeler and on the way they decided to go Odisha.

While they crossed Bangomunda they got indulged in an argument over their relationship and in this process accused Sachin assaulted Tanu by a pistol by firing. Accordingly she was killed.

Later the Sachin brought the dead body near Turekela college and burnt the body with inflammable substance. After disposing  the body he left the pistol with Suraj Agrawal at Kantabanji and absconded, Police informed in a presser.

Other accused persons who are helping the prime accused Sachin Agrawal will be apprehended soon.

Vladimir Putin fell down the stairs at his home and soiled himself, claims report