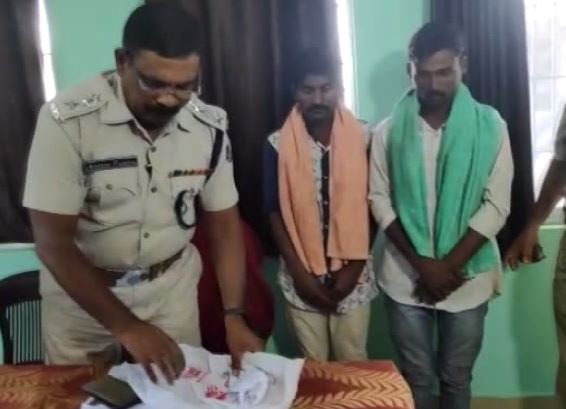 Rourkela: Police arrested at least two youths from a slum located near BPUT campus here today on charges of possessing firearms illegally and demanding ransom from a group of traders by threatening them.

The held culprits have been identified as Bikash Sethi and Santosh Patra.

As per the allegations against the accused duo, they reportedly arrived at a foreign liquor shop located in the Chhend Colony along with an aide and started threatening its staffs at the gunpoint on August 27. They also demanded a ransom from the shop owner before fleeing from the shop.

Though no police case was lodged by the victim shop owner who apprehended attack by the culprits, Chhend Police took suo-motu cognizance and arrested the duo by conducting a raid in the slum today.

“During the raid police seized a gun and two live bullets from the possession of the held criminal duo. Another accused in the case is absconding and will be nabbed soon,” informed Asim Kumar Panda, SDPO, Panposh.

Odisha Gets Its Own Indian Super League Football Club