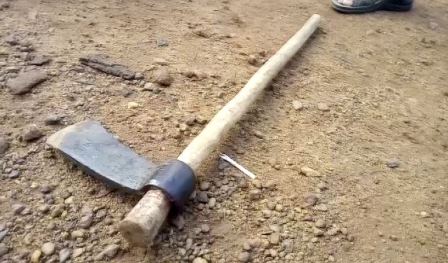 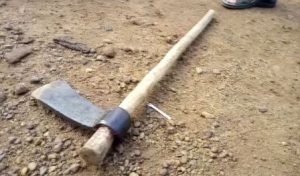 Keonjhar: Two persons were hacked to death and another sustained critical injury in Sirishkhunta village of Keonjhar district as a man attacked a family, barging into their house on Monday night.

Villagers said, the accused, identified as Pathani Pradhan of Bhaliadihi village under Town police limits, visited a relative’s house that neighbours deceased Bira Dehuris family on Monday morning. Pathani who happens to be a mentally sick person consumed alcohol late in the night on Monday and barged into Bira’s house while all family members were asleep. The accused then started attacking both the deceased with an axe. Both died on the spot. As the Grama Rakhi Maheshwar Pradhan reached the spot hearing the noise, the assailants even started attacking him and fled the spot.

Maheshwar was rushed to a nearby hospital by the villagers later in the night.

Pathani was arrested from the village after Bira’s family members called up Keonjhar Town police today morning and informed about the incident. Police also seized the axe used in the attack.