2 elephants killed, 1 injured after being hit by truck in Keonjhar 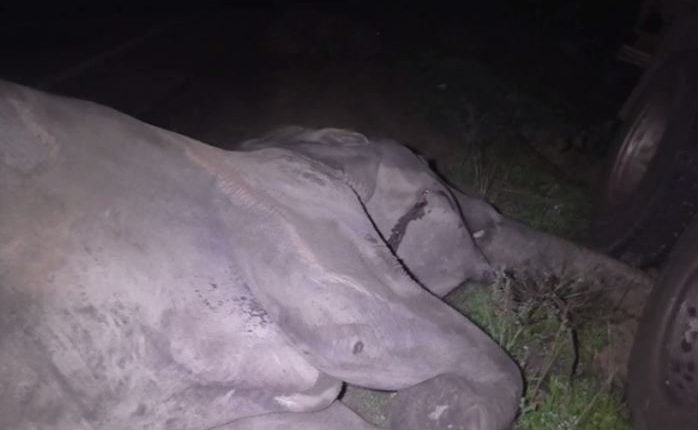 Keonjhar: In a shocking incident at least two elephants were killed and another sustained injuries after being hit by a speeding truck on NH-20 near Balijodi under Ghatagaon forest range in Keonjhar district last night.

As per the report, a herd of 10 elephants comprising of pachyderms of different age groups had sneaked into Balijodi village late last night and was trying to cross NH-20 when the mishap took place. The driver of a speeding truck which was en-route to Ghatagaon failed to spot the jumbos on the road and ended up hitting them.

While a female elephant along with a calf died on the spot following the accident, another female elephant sustained grievous injury after coming under the wheels of the truck.

Hearing the screaming of the injured jumbo some locals called up forest officials later in the night informed the matter.

Forest officials have sent the injured jumbo for treatment after reaching the spot. They have also arrested the driver and helper of the truck involved in the accident from the spot.

P Chidambaram to be produced before CBI special court today