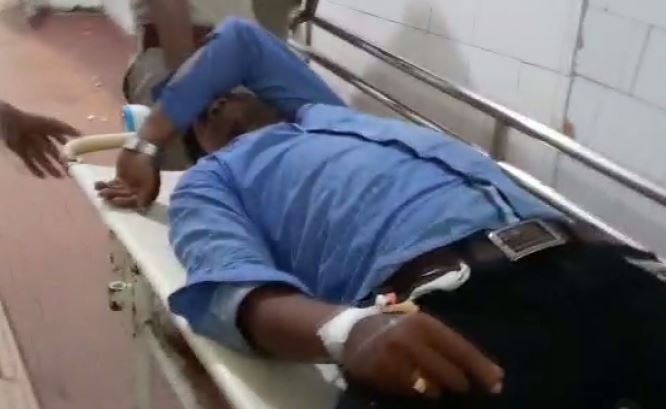 Bhubaneswar: At least two dreaded criminals were arrested after encounter by police in the state capital Bhubaneswar and neighbouring Khordha district today.

In the first encounter, the Commissionerate Police launched a raid in K-7 area in Kalinga Nagar under Khandagiri police limits in Bhubaneswar in the wee hours today following a tip-off on dreaded criminal Sushant Majhi alias Belia.

The raid which was conducted at around 3.30 am, witnessed a fierce gun battle between the criminal and the cops in which Belia was struck with a bullet on his left leg and fell off the bike to be nabbed. He was later rushed to Capital Hospital and then shifted to SCB Medical in Cuttack for treatment.

Belia has over 10 cases pending against him under various police stations and was on a run after a shootout in Khordha district three months ago, said police.

In the second encounter, a joint team of Nirakarpur and Tangi Police launched a raid on the hideout of wanted criminal Jamshed Khan in Khordha. The criminal hurled bombs at the police team to escape from the spot and left at least four cops hurt.

As police retaliated with firing by exercising their right to self-defence Khan sustained a bullet injury to his left leg and was caught. He has been admitted to a Bhubaneswar Hospital for treatment.