2 Dead,1 Critical After Truck Rams Into Transformer In Odisha 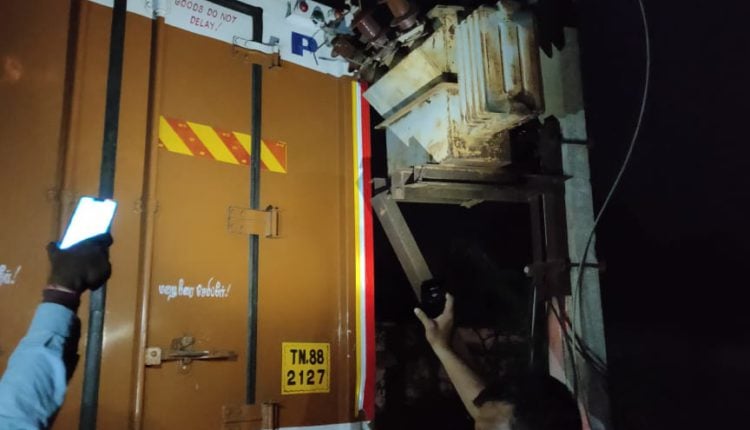 Berhampur:  In a tragic accident, two persons were killed and one person sustained critical injuries after a truck collided with a transformer in Anantaraypur under Sunapur Marine police limits in Berhampur.

The deceased has been identified as the Phankil Nathan Subramaniyam and Madham Kumar Muthuganjan, They were the residents of Tamil Nadu.

Fire breaks out at Urology Dept in MKCG Hospital

Major fire breaks out at Tara Tarini temple in Berhampur, No…

Sources said, Phankil the truck driver along with supervisor Madham were parking the truck when they collided with the transformer.Following which the helper of the truck sustained critical injuries.

On seeing this, the truck driver and supervisor when tried to open the door, they were electrocuted as the door was charged.

On being informed, the locals along with electric department officials and police rescued them and admitted them to the hospital where the truck driver and the supervisor were declared dead. The helper who sustained critical injuries is undergoing treatment in the hospital.