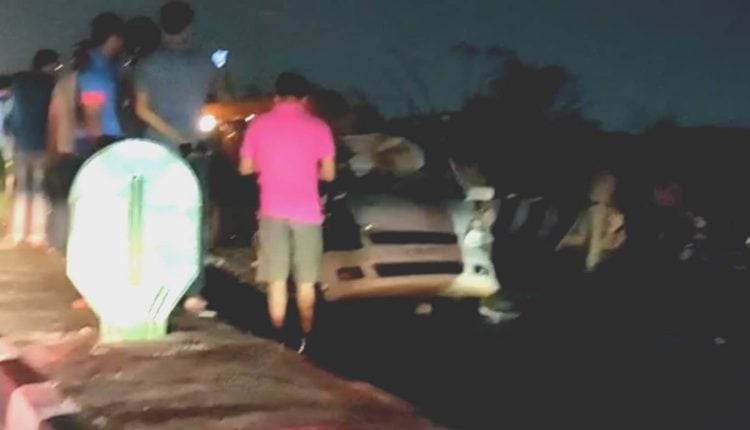 Bhubaneswar: Two cars met a severe accident minutes before atop the Acharya Vihar flyover in Bhubaneswar after head to head collision. The crash was so horrendous that one of the cars dashed the divider and rolled over to the other side.

As per the report, a Cuttack bound speedy car first met the accident on the Acharya Vihar flyover. Due to the accident, the driver lost control of the vehicle and the car dashed the divider and rolled over to the other side of the divider crashing another vehicle that was coming from Cuttack side.

Police rushed to the spot and cleared the vehicles that had met the accident. However, till the news was written the spot had still reeling under traffic jam. The injured persons were rushed to the hospital. The final report is yet to be ascertained.

Also read: Youth Dies After Jumping Into River To Evade Arrest In Malkangiri