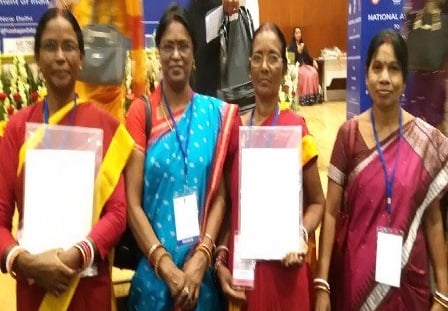 Ushabati Mohanty and Santilata Singh of Mayurbhanj district received the national level award for their sincerity and dedication.

Union Women & Child Development Minister Maneka Gandhi presented the award to them in recognition of their exemplary service in the field of child development and related areas under the Integrated Child Development Scheme (ICDS) Scheme, at a glittering ceremony in the National Capital City today.

The health workers received a cash prize of Rs.25, 000 and a citation. The National Level Awards for the year 2016-17 were given to 51 awardees.

As per guidelines, National Level Awards to AWWs are given to those nominated by States/UTs from among the State/UT level awardees. The number of nominations of AWWs at National Level depends on the size of the State/UT and operational ICDS Projects.

The nominations received from the States/UTs are screened by a Selection Committee after which the final selection for awards is made.