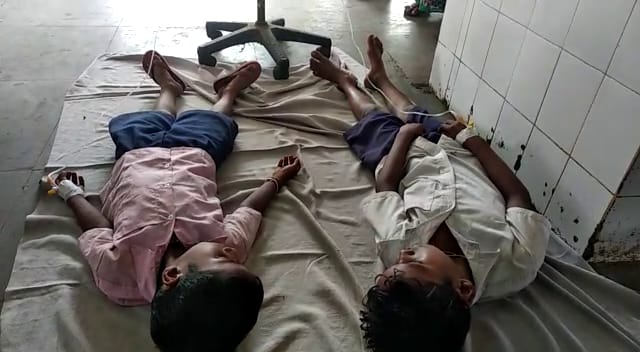 Bhadrak: As many as 19 students were taken ill after consuming mid-day meal at the Charitaraf Upper Primary School under Tihidi block in Bhadrak district on Thursday.

The victims said that they became ill after having meal under the mid-day meal scheme at their school yesterday. Later 19 children were admitted to the Bhadrak District Headquarters Hospital (DHH).

The parents of the students alleged that the children became ill after consuming the meal contaminated by a dead rat.

The District Sub-collector reached the hospital to take stock of the situation and inspect the health condition of the students.