1,603 Govt UP Schools to be merged with nearby High Schools 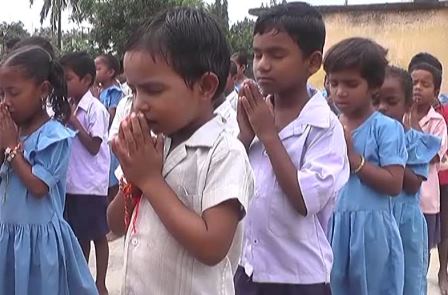 Bhubaneswar: Odisha government on Wednesday decided to merge 1,603 Government Upper Primary (UP) Schools with nearby or adjacent Government High Schools with effect from September 1, 2017.

Ina a notification issued today, the School and Mass Education Department said it had been observed that more than one Government educational institutions with different Heads of institutions are functioning from one campus or from adjacent campuses with independent identities.

It also said that that there is a lack of coordination among these institutions while undertaking different activities like holding prayers classes, annual functions, annual sports, campus cleaning, mass drill, observance of important days etc.

Moreover, the Department also pointed out that the material and intellectual resources available in one institution are not ordinarily utilized by the other institution, though both are located in the same or adjacent campuses. Due to different school timings and in case of rescheduling of school timing on special occasions, parents are also facing problems when they have more than one child reading in these institutions, it added.

Earlier, steps were taken by the Department for amalgamation/merger of such schools in a piecemeal manner. Still there are many campuses where two separate Government Schools – High School and Primary School or High School and Upper Primary (ME) School – are functioning with independent identities. .

The highest number of schools (145) will be merged in Balasore district, while Malkangiri district has one just Govt UP Schools which shall to be merged with the nearby/adjacent Govt High Schools.

Below is the list of the districts with their respective numbers of schools that will be merged.