15 Maoists killed in encounter in Chhattisgarh 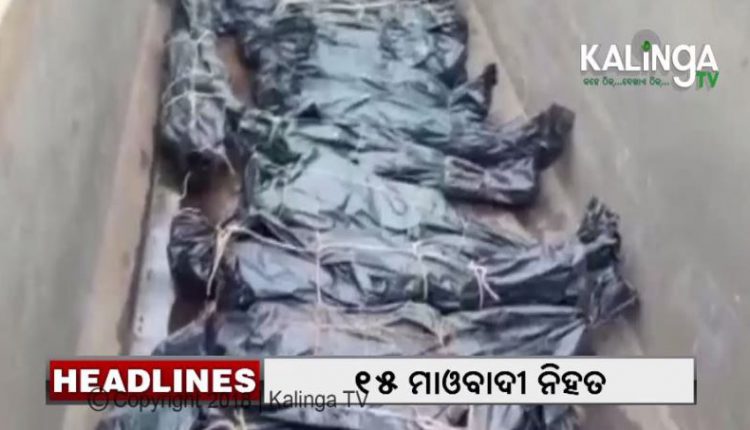 Raipur: At least 15 Maoists were killed during a fierce encounter with security forces near a forest village between Gollappalli and Konta in Sukma district of Chhattisgarh on Monday. Security persons also seized 16 weapons from the encounter site.

According to Inspector General of Police (Bastar Range) Vivekanand Sinha, security forces including the District Reserve Guard, Special Task Force and Central Reserve Police Force had launched a combing operation in the area after getting an intelligence inputs about the presence of the Maoists.

The red rebels opened fire at the security forces after noticing them in the forest following which the later retaliated leading to an encounter which left 15 Maoists dead on the spot.

The number of the death toll is expected to increase as search for the death bodies of the Maoists is still on.

Meanwhile, additional reinforcements have been rushed to the remote forest to retrieve the bodies of the slain Maoists.

No Harm To Be Caused By Aadhaar Helpline Number: UIDAI

Braveheart Sonali Bendre Shows How ‘Bald’ Is The New Beautiful