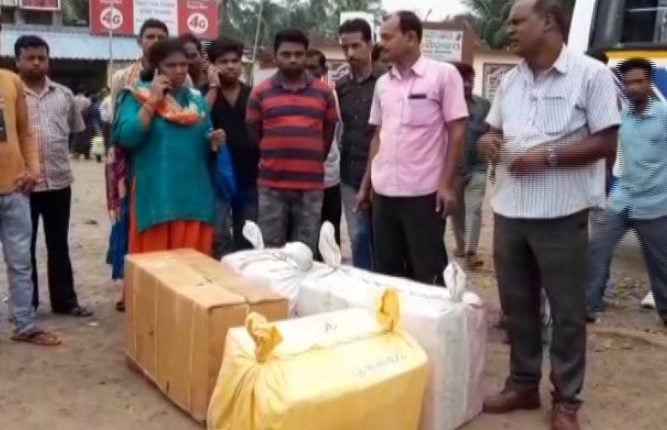 Bhadrak: Tightening the noose around the necks of illegal tobacco traders, police seized a huge cache of spurious ‘Zarda’ from a bus at Banta Chhak in Bhadrak district and arrested two bootleggers.

Acting upon a tip-off on the illegal tobacco consignment Bhadrak Town Police intercepted a bus near Banta Chhak this morning and carried out a search inside it. During the search around 14 packets of duplicate ‘zarda’ were found and seized.

Later police took the driver and conductor of the bus for questioning in connection with the case.

The ‘zarda’ consignment was being transported to Bhadrak from Chandbali area to be delivered to a recipient there, said the held accused duo during police interrogation.