127 platoons of force for five-segment security during Ratha Jatra 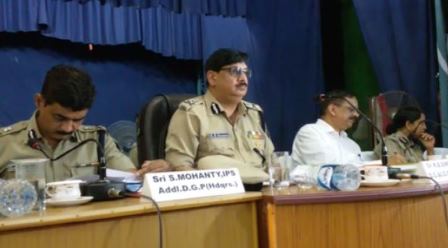 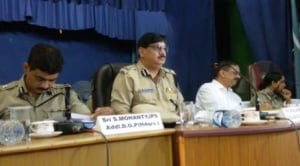 Puri: DGP KB Singh on Thursday announced that security arrangements for the forthcoming Ratha Jatra on June 25 will be divided into five segments to ensure peaceful celebration of the annual mega festival.

ADG Binayananda Jha will be in charge of the entire law and order while IG Sanjiv Panda will look after the traffic management.

ADG Satyajit Mohanty will be in charge of the outer and inner cordon while IG Asit Panigrahi will oversee crowd management.

IG (Central) Soumendra Priyadarshi will be in charge of the Shree Mandir.

Around 127 platoons of police force, under the leadership of 646 Sub-inspectors, will be deployed for maintenance of law and order during the world famous Car festival.

Twelve SPs, 32 Additional SPs, 68 DSP and 136 Inspectors will also be deployed for the event.

Moreover, two units each of Rapid Action Forces, SOG and ODRAF will be pressed into service.

Likewise, three teams of Odisha Swift Action Force (OSAF), a newly raised force, will be deployed by the state police for better crowd control during the car festival.

The security arrangement will be the same for the Bahuda Jatra on July 3.