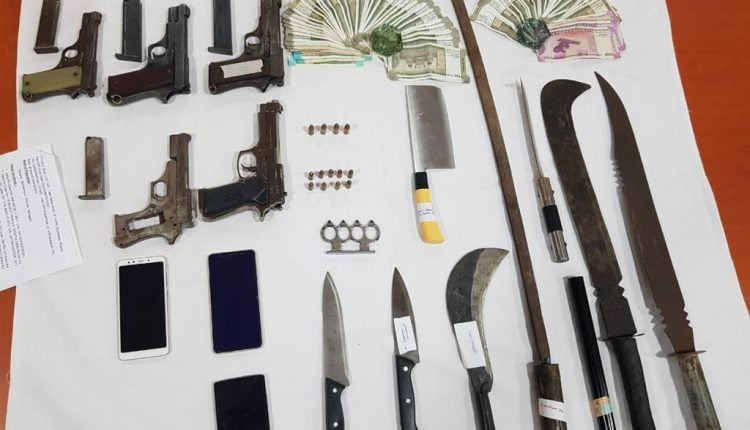 Police have seized as many as four pistols, one toy pistol, 12 rounds of live ammunition, 12 crude bombs and other sharp-edged weapons from the accused.

Police have also seized cash worth Rs 58000 from members of both the gangs. Police said that one gang was busted by Aska police while the other gang was nabbed by Buguda police.

“ The gang is involved in several criminal cases in Ganjam and neighbouring districts. Further investigation is continuing to verify their antecedents,” said a police official.

4 critically hurt in miscreants’ attack during loot in Kendrapara