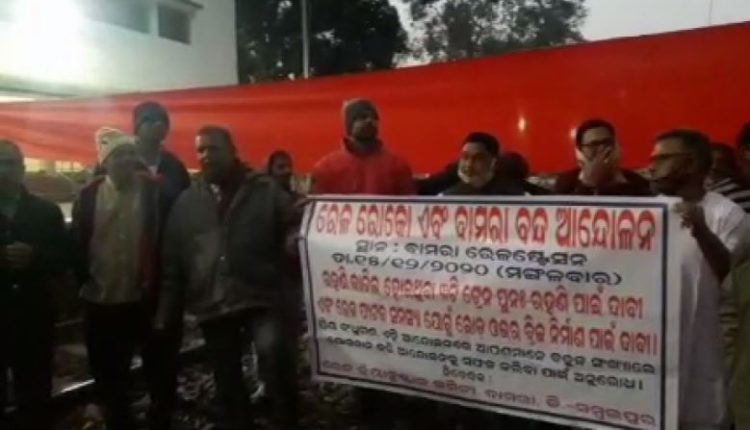 The normal life has come to a halt as the vehicular movement and rails services have been affected due to the bandh. The protesters have staged rail blockade at the Bamra station on the railway tracks by holding banners against the administration.

The protestors have demanded halt of the three trains- Rajendranagar-Durg- South Bihar, Rourkela-Bhubaneswar Intercity and Howrah-Ahmedabad Express trains at the Bamra station.

They have also demanded construction of railway over-bridge due to the level crossing issue being faced by the people.