12 lawyers have been arrested by the Sambalpur police for vandalising district and session court office on Monday. 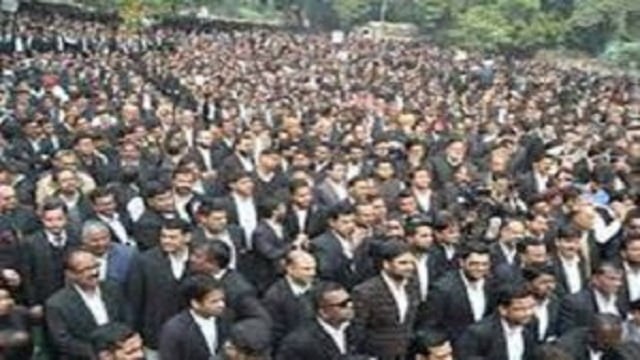 Sambalpur: 12 lawyers have been arrested by the Sambalpur police for vandalising district and session court office. The CCTV footage is being evaluated and more arrests might be made after thorough examination of the footage. Section 144 has also been imposed.

In view of the acts of vandalism done by lawyers on strike of Sambalpur District Bar Association, the Bar Council of India had suspended as many as 29 striking Advocates for a period of 18 months on Monday.

As per the release, in view of the acts of vandalism indulged into by the said lawyers where they were seen to be indulged in shouting slogans, burning effigies of Judges and Officer Bearers of the Bar Council of India  and State Bar Council, entering in the Court Room and damaging the computer sets and other properties inside and outside the Court Rooms and further manhandling the police officers and personnel fighting and abusing them, which conduct is grossly against professional conduct and etiquettes, BCI has suspended 29 striking Advocates for a period of 18 months with immediate effect.