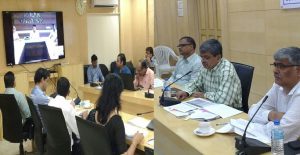 Bhubaneswar: As many as 1.42 lakh houses under various government schemes have been constructed in rural areas across the state in the current financial year, taking the number of houses constructed since the 2014-15 financial year to 12,76, 124, according to the Government of Odisha.

The total number of houses built in the last three years was revealed during a review of the rural housing schemes by Chief Secretary Aditya Prasad Padhi with all the District Collectors at the secretariat conference hall through video conferencing on Friday.

While reviewing the district-wise progress in the rural housing sector, the Chief Secretary directed all collectors and Project Directors to expedite construction activities for achievement of 100% of the target given to each district.

He further directed the Collectors and PD, DRDAs to curb unethical practices by all means and take visible action against those found guilty of corrupt practices.