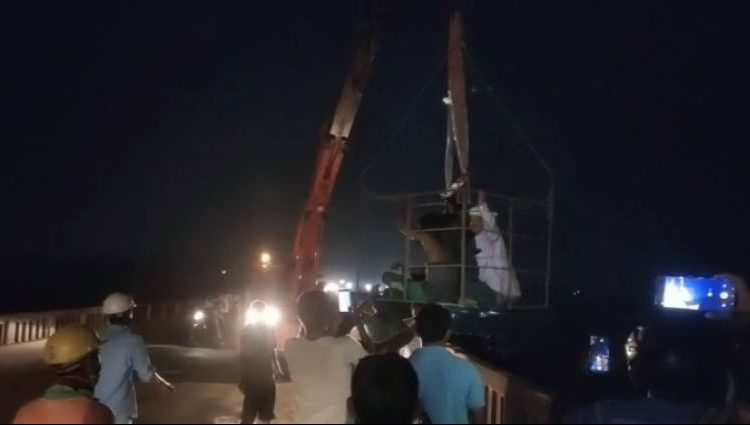 Dhenkanal: A dozen workers have been rescued as the Brahmani river swelled up at Sarang under Parjang police limits in Dhenkanal district during construction of a bridge.

The sudden rise in the water in the middle of the night triggered widespread panic among the workers who were working for the construction of the bridge.

The Samal Dam officials had informed the contractor about the release of the water into the river. But the contractor had engaged the labourers in the works site.

Later, the officials on being informed about the incident reached the spot and rescued the eleven stranded labourers with the help of the crane.

Now You Can Unlock Your iOS 14.5 iPhone With Apple Watch While Wearing A Face Mask