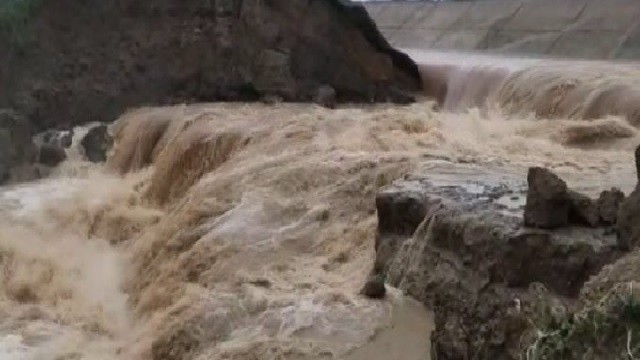 Kalahandi:  A 10-feet long breach in Indravati lift canal in Kalahandi district of Odisha has inundated acres of land on Friday night.

The wide breach in the embankment triggered a flood and damaged standing crops in acres of agricultural land. However, there has been no loss of life reported.

The locals alleged that substandard work and uncontrolled release of water could have caused the breach.

They also said that cracks had developed in the bund just few days after the mega lift irrigation project was inaugurated earlier this year.

Earlier this month, the Rengali branch canal had a breach of 30 feet and a 10 feet breach in Rengali Left Bank Canal Division also occurred that submerged the nearby lands.