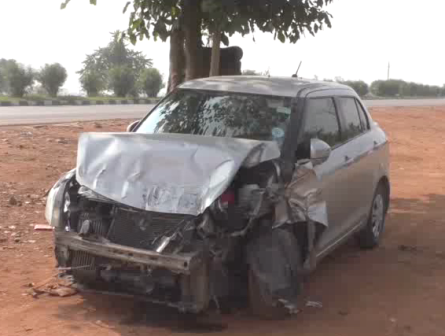 Jajpur: At least one person was killed in a car-oil tanker head-on collision at Bandala Square under Badachana Police Station area in the district on Monday.

The deceased has been identified as Braja Sundar Das of Balasore.

Braja was on his way to Bhubaneswar from Balasore this afternoon driving his car when the mishap took place. At Bandala Square on NH 16, driver of an oil tanker heading to Balasore from Bhubaneswar lost control over the wheels and ended up dashing against Braja’s car from the front.

While the car got completely mangled from the front in the crash, the victim sustained critical injury in the accident. He was rushed to the Badachana Community Health Centre (CHC) by some bystanders, where doctors declared him brought dead.