1 killed, another critically burnt in LPG cylinder fire in Kendrapara 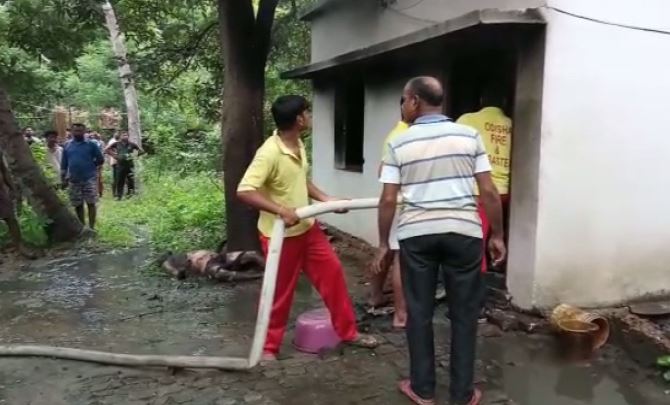 Kendrapara: In a tragic incident, at least one person was killed and another sustained critical burn injury after an LPG cylinder went off in Kharinasi village under Jambu Marine Police Station in Kendrapara district on Sunday.

The deceased has been identified as PC Mohanty of Nayagarh district and the injured is Susant Kumar Sahu of Berhampur. Both are retired defence employees.

As per the report, the victim duo worked in the Jambu Marine Police Station as boatmen after retiring from service and was living in a house in Kharinasi village for past few months. They were busy preparing food in the kitchen when the LPG cylinder caught fire to explode.

While Mohanty was charred to death on the spot, Sahu was rushed to Kendrapara District Headquarters Hospital (DHH) in critical condition following the mishap.

Fire services personnel have rushed to the spot and doused the flames.