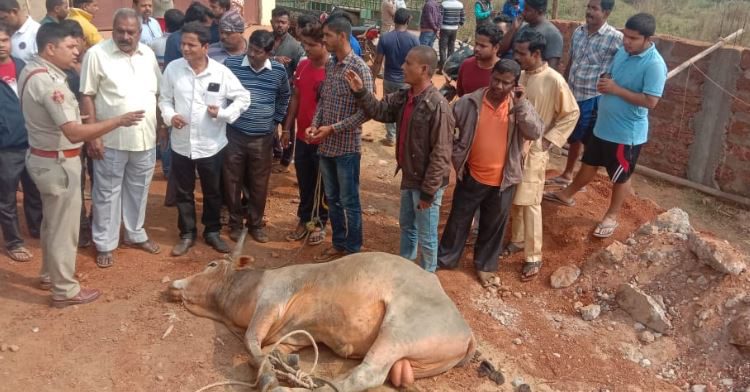 Bhubaneswar: A charging wild bull has killed a woman in Nuagaon near Samantarapur in Bhubaneswar and has injured 4 others.

The death incident has taken place near Vijay Vihar.

The lady, Bhabini Baral was attacked by the raging bull and was killed on the spot.

The people have caught and tied up the bull.

The locals of that area have blocked the road in protest of the incident.

They have also demanded compensation for the death.

Police has reached the spot and is trying to pacify the irate mob.