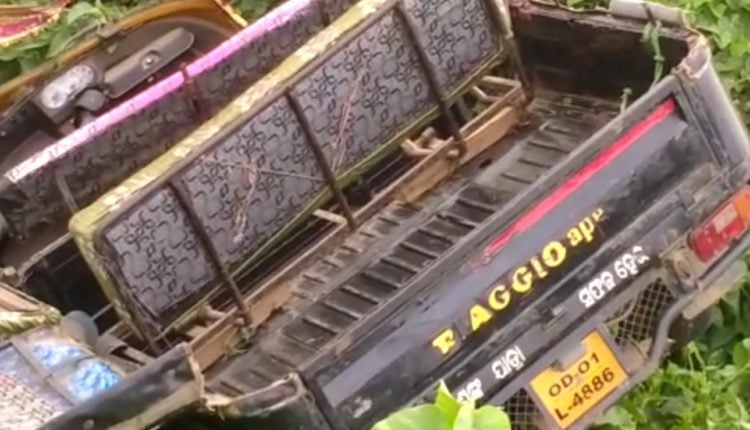 Balasore: In a sad incident, a man was killed while three others sustained critical injury in a road accident in Balasore district of Odisha on Monday.

The accident took place as a speeding truck hit an Auto rickshaw at the Bhelora Chhaka on the NH 60 under Basta Police limits in the district.

The deceased has been identified as Chandrasekhar Panigrahi of Kusuda village under Kamarda Police limits of the district.

3 killed in Mayurbhanj after Truck hits Bolero on ghat road

2 brothers critical in road mishap just after marriage of…

As per reports, Chandrasekhar and another three members of his family had gone to Balasore in an Autorickshaw for treatment. When they were returning, a truck hit the Auto on the Naitonal Highway No. 60 near Bhelora chhak under Basta Police limits.

As a result Chandrasekshar died on the spot while the rest three sustained critical injury. They have been admitted to Balasore District Headquarter Hospital. The injured persons include woman and children.

After getting information Basta Police reached the spot and initiated action. Further investigation of the case is underway.

Oxygen Production Plant And 20 Ventilators Arrive In India From Italy