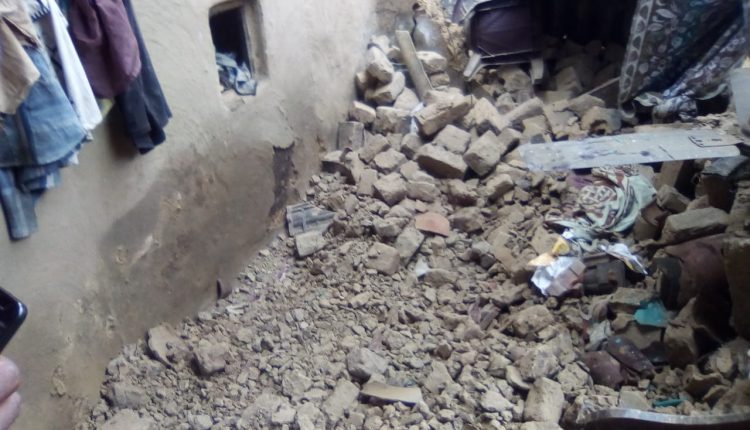 Sambalpur: In a tragic incident, one member of a family was killed and two others sustained critical injuries after a wall collapsed and fell on them in Bhalupali village under Ainthapali block of Sambalpur district.

The deceased has been identified as Ajay Munda of the same village. The injured are Sujit Munda and Abhishek Pingua.

As per the report, Ajay along with two other members of his family was sleeping inside a room of their thatched house last night when the mishap took place. It is being suspected that a portion of the wall which had weakened due to incessant rain caved in at around 3.30 am and fell on the trio.

Family members rushed the injured duo to Sambalpur DHH immediately and later shifted one of them to the Veer Surendra Sai Institute of Medical Sciences and Research (VIMSAR) in Burla due to deteriorating condition.