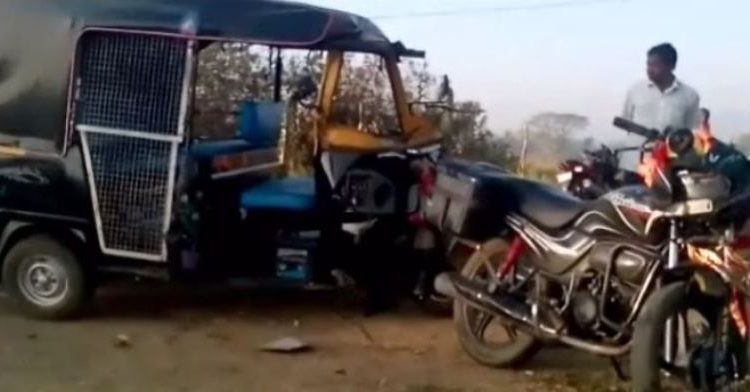 Bhanjanagar: A man was killed and two others including a woman sustained critical injury after a speeding auto-rickshaw dashed against a bike in Jamapalli village in Bhanjanagar Tehsil in Ganjam district last night.

The deceased has been identified as Gopal Raul of Mujagarh village.

The accident took place late in the night while the deceased was returning from a neighbouring village after some work along with two others on the pillion seat of his bike. Near Jamapalli Square the driver of an auto-rickshaw coming from the opposite direction failed to locate his bike and ended up hitting it head-on.

While Gopal died on the spot, the other two accompanying him sustained grievous injury in the crash and were rushed to the Bhanjanagar Sub-Divisional Hospital in critical condition by some locals later in the night.

Bhanjanagar Police reached the spot and seized both the vehicles involved in the accident after sending the body for postmortem. However, the auto-rickshaw driver managed to flee from the spot following the mishap.