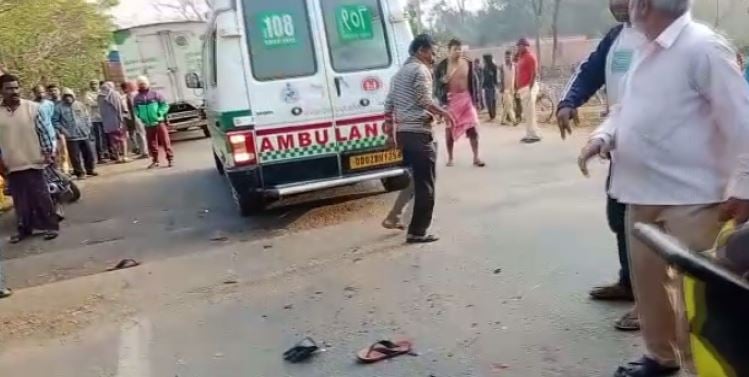 Rairangpur: At least one person was killed and three others sustained critical injuries after a bike they were travelling on rammed into a milk tanker in Hatabadada under Rairangpur Rural Police Station in Mayurbhanj district on Thursday.

The deceased has been identified as Mukesh Mahakud of Karanjia area.

Mukesh and two others namely Jhalak Banra of Jharkhand area and Biju Bankira of Rarua area were en-route to Rairangpur from Joshipur when failed to spot a stationary milk tanker parked at Kaduani Chhak. As they end up hitting the tanker from behind Mukesh died on the spot.

Jhalak and Biju were rushed to Rairangpur Hospital in a 108 ambulance in a critical condition post the accident.

Police have seized both the vehicles and started an investigation into the crash.