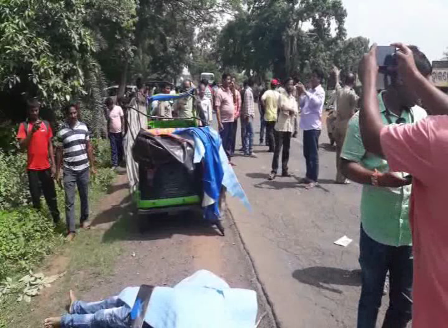 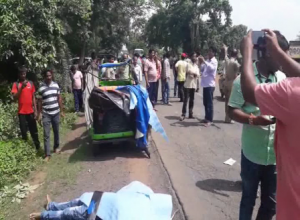 Dhenkanal: One person died and five others, including two children, sustained injuries when a lorry truck drove straight into an auto rickshaw carrying them on NH 55 near Gobindpur in the district on Tuesday, The condition of two among the injured is stated to be critical.

Tragedy struck the ill-fated victims while they were on their way to Maa Kanak Durga temple located at Deulasahi village in the district from Kantiolo village. A speeding truck coming from the opposite direction smacked straight into the auto rickshaw near Gobindpur. While the driver of the vehicle died on the spot, the five passengers on board the auto sustained serious injuries in the accident.

The injured were rushed to a nearby hospital. Two of them were later shifted to SCB Medical in Cuttack as their condition deteriorated.

Police reached the spot after the incident and seized both the vehicles involved. The dead body of the driver has been sent for autopsy.