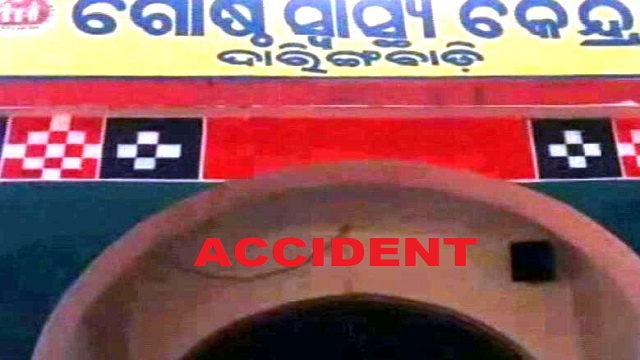 Kandhamal: One person has died and two others are critical in a road accident which occurred near Daberi area of Daringbadi block in Kandhamal district of Odisha on Sunday.

According to reports, three people were travelling at a great speed in a bike towards Daringbadi when the rider lost control near the turning and skid down the road.

The locals immediately informed the police and fire department. The teams reached the spot and rescued all three of them and rushed them to the Daringbadi Community Health Center (CHC).

One of them was declared brought dead by the doctor. The other two are critical and are being treated. The deceased has been identified as Ambedkar Mallick a resident of Daringbadi.