1 Critical As ‘Mo Bus’ Rams Against Bike In Bhubaneswar 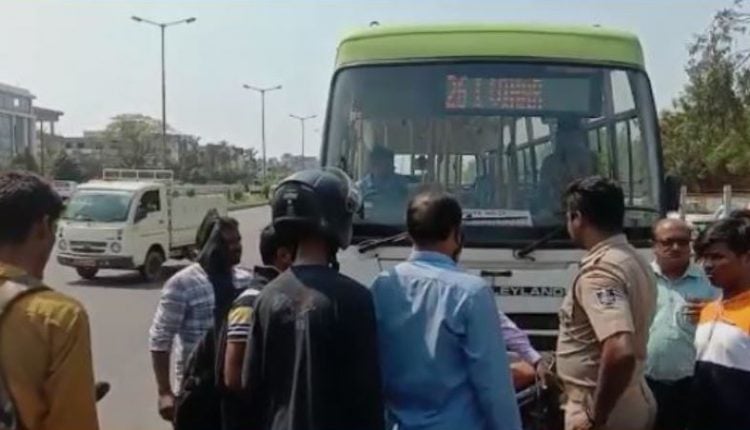 Bhubaneswar: A bike rider is critical in Bhubaneswar as a ‘Mo Bus’ rammed against him today.

The accident took place at around 1pm near Vani Vihar square.

As the bus hit the bike rider he was flung to quite some distance. Reports say he has been critically injured.

The driver of the bus was trying to escape but the locals chased him and caught hold of him.

A huge traffic jam was caused due to this accident.

The injured bike driver has been admitted to Capital Hospital.

Sahidnagar Police have reached the spot and are investigating into the matter.