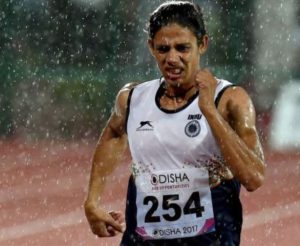 London:  Ace quarter miler Nirmala Sheoran has qualified for the semi-final of the women’s 400 meters race in the World Athletics Championship 2017 at the Olympic Stadium in Stratford here.

22-year-old Nirmala clocked 52.01 seconds to finish fourth in her heats in the women’s 400 meter first round. She took the last spot among the six best finishers.

The Haryana girl will have to come up with a performance better than her personal best of 51.20 seconds in the semifinals tomorrow if she wants to qualify for the final.

India has been taking part in every championships since the first one in 1983. However, legendary long jumper Anju Bobby George’s bronze in Paris 2003 has been the lone medal for the country at this global competition.