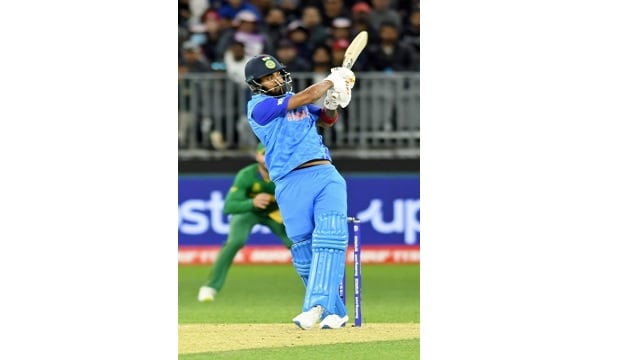 For this reason, India have struggled to get a confident start in powerplays against both Pakistan and South Africa.

Fleming also said that Rahul is a key player for the Indian team.

“I’m locking him in. I’m just saying, ‘Mate, you’re in for the run. You’ve proven how good a player you can be’. I’m going to give you the confidence to say ‘You’ve got the remainder of the tournament to play’. Play however you want, but I’m not dropping you. You’re a key player and I support you. If that can unlock him, then that would be great. It could go a long way in us winning the competition. So that would be my message,” said Fleming on the ESPNCricinfo show T20 Time Out.

Robin Uthappa too said that Rahul is a match-winner and needs to be given confidence.

“He (Fleming) has spoken like a champion coach, right? You want to be able to give a high-quality player like that as much confidence as possible because he (KL Rahul) is a match-winner for you. When you have that security with you, then you know that you are going to go out there and give it your all. And, I am hundred per cent with Flem (Fleming) on that,” said Uthappa on the same show.