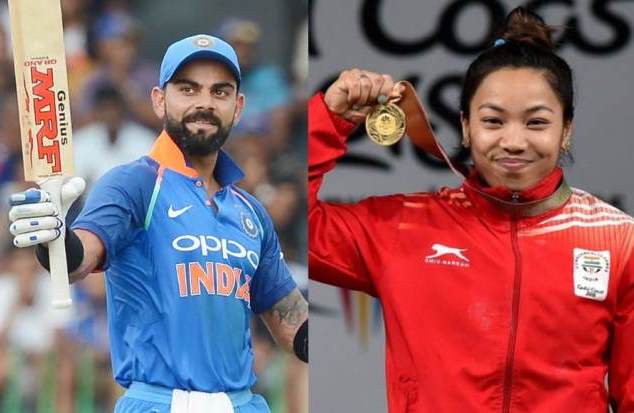 The 29-year-old Kohli, the world’s Number One Test batsman as per the ICC rankings, has been in stupendous form in the past three years though he missed out of the top award despite nominations in 2016 and 2017.

Chanu will be conferred the prestigious award following her gold medal in 48-kilogram category at the World Championships last year. She also bagged the yellow metal in this year’s Commonwealth Games but did not compete at the Asian Games due to injury.

As many as twenty sports persons will be honoured with Arjuna Awards.

The President will also present the Dronacharya and Dhyan Chand Awards on the same day.