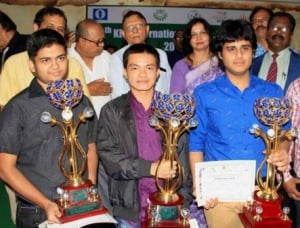 The winner and runners up received trophies along with cash award of Rs 2 lakh and Rs 1 lakh respectively.

Altogether 251 players, including 15 GMs and 21 IMs, from 14 countries took part in the tournament.