T20 World Cup: Star-studded Team India’s meek surrender is a cause for concern! 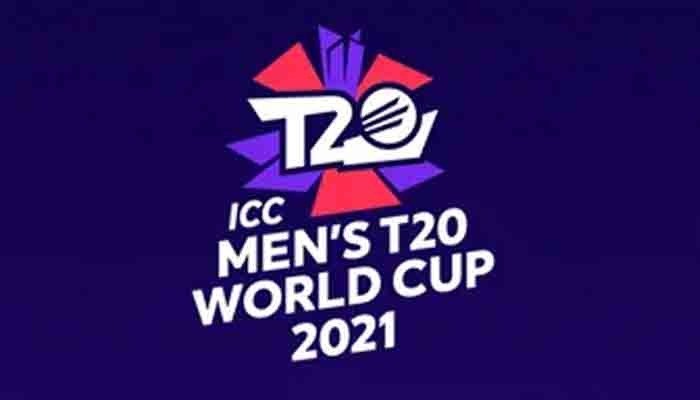 Dubai: There is nothing permanent, like everything else, it has to end! However, watching it end like this was hard to comprehend. The men-in-blue had never lost a World Cup game to Pakistan. They were firm favourites in Sunday’s match as well. But their rivals had other plans on the night as the Babar Azam-led side ‘hammered’ star-studded Virat Kohli’s brigade enroute to breaking the long-running jinx.

This was also the first time in the history of World Cup matches that Pakistan thrashed Indian by ten wickets. Such a lopsided affair! And the credit goes to Mohammad Rizwan (79* off 55) and Babar Azam (68* off 52) wonderful display of cricket. The opening duo made a mediocre Pakistan look far superior to their arch-rivals.

When Pakistan called India to bat first, there were deliveries by Shaheen Afridi and Hasan Ali which left every cricket fanatic amazed. Just wow! They were quick and more over wicket-to-wicket. The green brigade was pumped up from the word go. Whereas, the Men-in-Blue were pure disappointment, clueless to add on.

Indian batter failed to read the varieties their opponents delivered. No doubt balls on which KL Rahul and Rohit Sharma got out were unplayable. But that is what international cricket is all about. Not to forget the duo had already played here in the recently concluded IPL 2021. So they knew the nature of the wicket better than Pakistan.

Virat Kohli also struggled in the initial time but he picked up the pace and stood tall while the entire Indian batting order collapsed. There was a little firework by Rishabh Pant. However, the rest — Surya Kumar Yadav, Ravindra Jadega, unfit Hardk Pandya were a flop.

Talking about the bowlers, they were so predictable, no line-length, no speed, no energy. The pacers even started slower deliveries with the new ball so early or on a regular basis that even the commentators were left looking at each other. “You are a pacer why not bowling it? Why are you bowling slower again and again, so predictable,” said one commentator.

This eventually gave Pakistani openers to open their wings and punish them hard.
Another question now erupts is why an unfit Pandya is in the team? He even went for a scan of his shoulder after the match. So it is most likely that Pandya may be rested and Shardul Thakur come in against New Zealand. Let’s hope of the best.

Winning or losing is a part of the game but the surrender by any team is a cause for concern here. And Team India will look to work on it before going into the next game. There is no excuse for it. Not even losing a toss.

Rizwan and Babar Azam displayed wonderful cricketing shots to help Pakistan crush India by ten wickets in a Group 2 match of Super 12 of the ICC Men’s T20 World Cup at the Dubai International Stadium on Sunday.

It was a night where nothing went wrong for Pakistan. Chasing 151, Pakistan got off to an impressive start with 43 runs for no loss in power-play. Rizwan began by carting Bhuvneshwar Kumar for back-to-back boundaries in the opening over. In the next over, Azam started off with a glorious back-foot drive off Mohammed Shami.

Shami came under attack in the fifth over as Azam and Rizwan took four each.

India did tighten the screws by not conceding boundaries in the sixth, seventh and eighth overs. But Azam broke the boundary-less spell with a pull over cow corner off Ravindra Jadeja in the ninth over. From there onwards, Azam and Rizwan played risk-free cricket by rotating the strike and punishing the bad balls by dispatching them to boundary rope.

It was a one-way traffic as India had zero answers to clinical batting from Pakistan’s openers, especially with dew coming into the picture. Azam reached his half-century with a gigantic six over deep mid-wicket off Varun Chakravarthy in the 13th over. Two overs later, Rizwan too reached the fifty-mark with a pull off Jasprit Bumrah in the 15th over.

Rizwan began the 18th over by hammering Shami for a six over fine leg followed by back-to-back fours through leg-side. Azam finished off the chase with a brace, sealing the win with 13 balls to spare.

Earlier, India lost openers Rohit Sharma and KL Rahul in the first 13 balls of the innings to Shaheen Shah Afridi. While Sharma was trapped plumb in front of the wicket by a yorker, Rahul was undone by a fast inswinger going through the gate to hit the stumps.

Suryakumar Yadav hit a six off Afridi and swept Imad Wasim for four. But his promising stay at the crease was snapped by keeper Mohammad Rizwan diving to his right to catch the poke off Hasan Ali in the final over of power-play.

Virat Kohli and Rishabh Pant led the rebuilding job for India with a stand of 53 off 40 balls for the fourth wicket. Pant was the more aggressive of the two, cutting and swiping off the spinners Shadab Khan and Mohammad Hafeez followed by carting Ali for back-to-back one-handed sixes over square leg and long-off. But in the 13th over, Pant top-edged a slog, which was caught by Khan off his own bowling.

After Pant fell, Kohli stepped up and took four boundaries off Haris Rauf and Ali en route to his half-century. Ravindra Jadeja swatted Ali over fine leg. But on the next ball, Jadeja was foxed by a slower delivery, holing out to deep mid-wicket.

Afridi returned for his final over to take out Kohli with a slower bouncer, top-edging behind. Rauf took out Pandya in the final over, but Bhuvneshwar Kumar and Mohammed Shami ensured that India crossed the 150-mark, which wasn’t sufficient to maintain their clean slate against Pakistan.