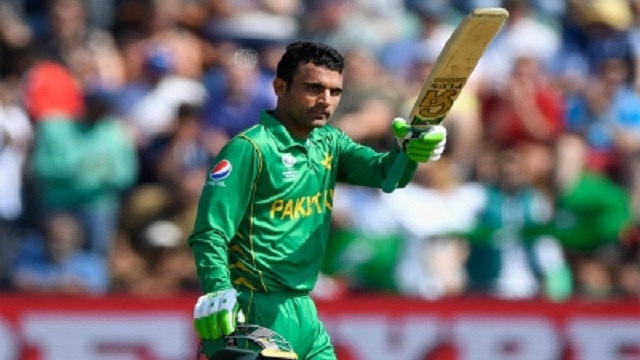 Sydney: Mohammad Haris on Thursday was named as a replacement for injured left-handed batter Fakhar Zaman in Pakistan’s 15-man squad in the ongoing Men’s T20 World Cup in Australia.

Haris, a travelling reserve, was named as a replacement after Zaman was ruled out of the tournament due to sustaining a posterior cruciate ligament (PCL) injury to his right knee.

The knee injury was the reason why Zaman wasn’t originally named in Pakistan’s squad for the showpiece event. He eventually came into the main squad by replacing leg-spinner Usman Qadir.

Zaman missed playing in Pakistan’s Super 12 defeats to India and Zimbabwe before returning into the playing eleven for the Group 2 match against Netherlands in Perth, making 20 runs off 16 balls.

But during the match, he suffered more issues with his knee, and is now ruled out of the tournament, leaving Pakistan without him for must-win matches against South Africa and Bangladesh.

“Obviously with any knee injury it takes time to have 100 per cent recovery. Fakhar and the team understood the risks of coming into the tournament and we got him in. You saw how he performed with batting in the last match, unfortunately in the last match he had a bit of a twist which aggravated his injury.”

“We were aware of the risks of the comeback. He is obviously an important player for the team. The player, the medical staff and the team management were aware of that. We decided to bring him back in. In cricket, and any sport, we take risks. Sometimes they pay off, sometimes they don’t,” Pakistan team doctor Najeebullah Soomro was quoted as saying by ESPNCricinfo.

In the absence of Zaman, Pakistan will be looking at other batting options like Asif Ali, Haider Ali and Khushdil Shah to bolster their batting order in their two must-win games, which many be enough for them to guarantee a semi-final spot.

Fans call out Pathaan teaser for being copied, share stills from Captain America and other films as proof