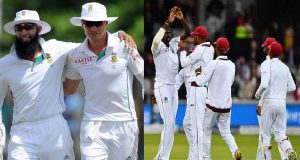 The decision came at the the ICC Board’s meeting held here in New Zealand today.

The ICC Board also stated that members are free to organise bilateral four-day matches as an experiment till the 2019 World Cup.

“Four-day Tests will also provide the new Test playing countries with more opportunities to play the longer version of the game against more experienced opponents, which, in turn, will help them to hone their skills and close the gap with the top nine ranked teams”, he added.

The first-ever four-day will be played with the pink-ball and under lights.

“Richardson speaks about the new Test and ODI leagues after the ICC meetings in Auckland” shared ICC media in twitter.

Chief Executive David Richardson speaks about the new Test and ODI leagues after the ICC meetings in Auckland. pic.twitter.com/HvjzZXohlZ