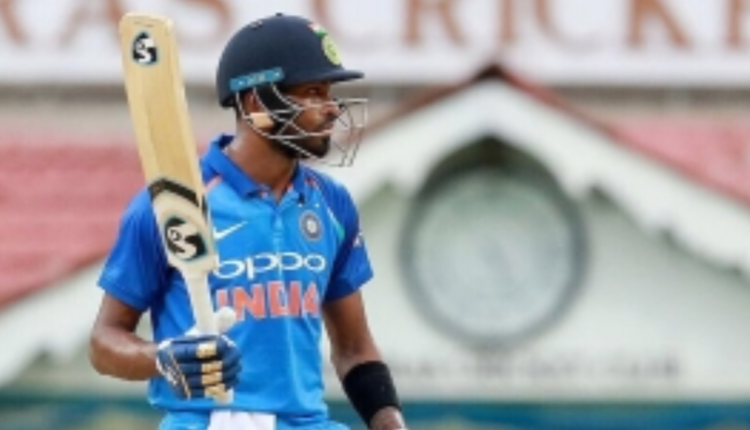 Wellington:  Hardik Pandya, the captain for India’s upcoming T20I series against New Zealand, believes that the roadmap to the next T20 World Cup in 2024, to be held in the West Indies and USA starts now. But at the same time, he added that ‘it is too fresh’ to think about the road to the showpiece event.

The upcoming three-match series against the Kane Williamson-led side in New Zealand, starting from November 18 at Sky Stadium in Wellington, will mark India’s return to T20I cricketing action, following their 10-wicket defeat to England in the semifinal of the Men’s T20 World Cup at Adelaide Oval last week.

“The next (Men’s) T20 World Cup will be in two years if I’m not wrong, so we have time. Till then, a lot of cricket will be played, a lot of people will have enough chances. The roadmap starts now but it’s too fresh (to think) right now. We have a lot of time, so we’ll sit down and start having those conversations on those grounds.

In the run-up to the tournament, India had changed their batting approach and won almost every bilateral series, either in home or away conditions. In the T20 World Cup, they had topped Group 2 with four out of five wins.

Lionel Messi has ready for ‘last shot’ at FIFA…

Dutch legend Stephan Veen: India would be one of my top…

But their quest to end a nine-year wait for a World Cup ended with Alex Hales and Jos Buttler stitching an unbroken opening stand to chase down 168/6 posted by India with an over to spare.

“I mean, we all know that there’s a disappointment of the World Cup but we are professionals. We need to cope up with it. How we cope up with our successes as well, we also cope up with out failures and move forward to get better and rectify the mistakes which we did and just make sure that in this we don’t repeat them,” added Hardik.

Asked if India had a point to prove to the cricketing world going into this series against New Zealand post the scathing criticism that the side was subjected to following their exit from the T20 World Cup, Hardik was quick to brush aside such thoughts.

“Obviously when you don’t do well, people will have their opinion, which we respect. I understand people have different points of view. Being at the international level, I don’t think we need to prove anything to anyone.

“It’s a sport, you keep trying to get better and eventually when the result is supposed to happen, it will happen. Definitely, there are things we need to work on, which we are aware of and going forward we will rectify and work on it.”

Big B: I married Jaya because of her long, beautiful hair