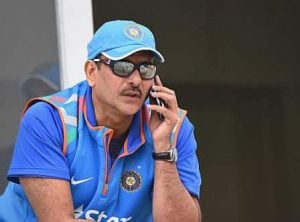 Mumbai: Putting an end to all speculations, the BCCI appointed Ravi Shastri as the next Head Coach of the Indian cricket team. Zaheer Khan has been named as the Bowling Coach, while Rahul Dravid appointed as the Overseas Batting Coach.

The trio will continue till 2019 World Cup. The post of Head Coach had fallen vacant after Anil Kumble resigned following an alleged tiff with Virat Kohli.

As per reports, Shastri was being backed by skipper Virat Kohli. Last year, Ravi Shastri was also in fray to become the coach but was pipped by Anil Kumble.

Shastri’s first assignment will be the Sri Lankan tour.