Right-arm fast-bowler Diana Baig on Wednesday made a comeback to the Pakistan team for a white-ball tour of Australia and the Women's T20 World Cup. 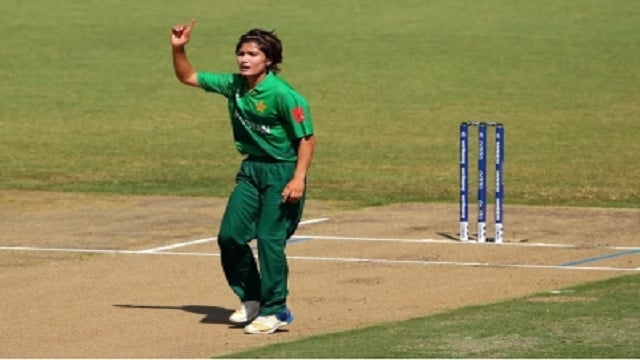 Lahore:  Right-arm fast-bowler Diana Baig on Wednesday made a comeback to the Pakistan team for a white-ball tour of Australia and the Women’s T20 World Cup in South Africa after missing out in the home series against Ireland in October-November due to a shoulder injury.

Apart from her, spinners Sadia Iqbal and Tuba Hassan are also back after being ruled out of the Ireland series due to hand and index finger injuries, respectively.

“The return of Diana Baig, Sadia Iqbal and Tuba Hassan will give a boost to the side and will strengthen our bowling attack which has the capability to do well. Sidra Nawaz has been added as our second wicket-keeper in the squad to give Muneeba Ali some space to express herself more with the bat, and gives an added option to the captain to utilise the services of a second wicket-keeper on the long tour,” said chief selector Asmavia Iqbal in an official statement.

Tuba and emerging young pacer Fatima Sana will make their maiden appearance for Pakistan in the ICC Women’s T20 World Cup, to be held in South Africa from February 10-26. The squads were finalised after deliberations between Asmavia, captain Bismah and interim head coach Saleem Jaffer.

“I wish luck to the players who have been selected for both the Australia series and ICC Women’s T20 World Cup. I am hopeful the side will continue to perform in the same manner they have performed recently in the ACC Women’s Asia Cup and Ireland series.”

“The ODI series against Australia is very crucial, the expectations are high as we have won five of the six ICC Championship matches and our aim is to qualify directly for the 50-over World Cup.”

“We have relied more on the senior players in the formation of the squad for the World Cup and we expect them to use their experience on the field and get positive results for the team,” added Asmavia.

Pakistan will play three ODIs against Australia as part of the ICC Women’s Cricket Championship 2022-25 apart from three T20Is. They will fly out for Brisbane via Dubai from Karachi on January 6.

In the marquee event, Pakistan are placed in Group 2 alongside England, India, Ireland and West Indies. Pakistan will play their opening match against arch-rivals India on February 12 at Newlands, Cape Town, before facing Ireland at the same venue on February 15.

Their third encounter in the group will be against West Indies on February 19 at Boland Park, Paarl, while they will feature against England in their fourth match of the group stage on February 21 at the Newlands, Cape Town.

The side will undergo a training camp which will be held in two phases. The first phase will be staged in Lahore from December 25-28. On December 29, the side will travel to Karachi, where they will have the second phase of the camp before departing for Australia on January 6.