New Delhi: Novak Djokovic saved two match points to clinch a fifth Wimbledon title and 16th major on Sunday. In result, Roger Federer’s dream of becoming the oldest Grand Slam champion in the longest final ever played at the tournament was shattered.

Djokovic is the first man in 71 years to win the title from match points down. He is now level with Bjorn Borg as a five-time Wimbledon winner.

He is just four Grand Slam titles shy of the all-time record held by Federer who is more than five years older. 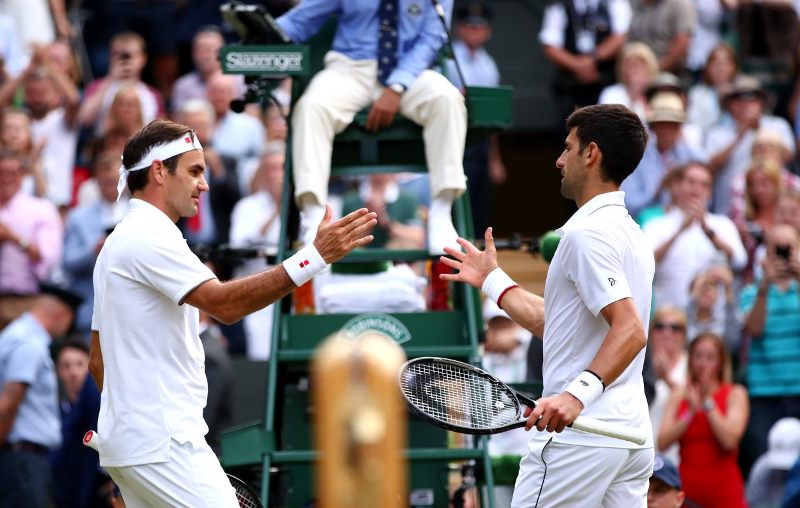 Novak Djokovic & Roger Federer at the end of the epic Wimbledon Finals (Courtesy: The Buffalo News)

“I think that if this is not the most exciting final then definitely it’s in the top two or three of my career against one of the greatest players of all time, Roger, who I respect,” said Djokovic in the post-match ceremony.

“Unfortunately in this type of match, someone has to lose. It is quite unreal to be two match points down to come back and strange to play a tie-break at 12-12.”

Novak Djokovic’s Wimbledon win meant that the ‘Big Three’ of men’s tennis — himself, Federer and Rafael Nadal — have won the last 11 Slams.