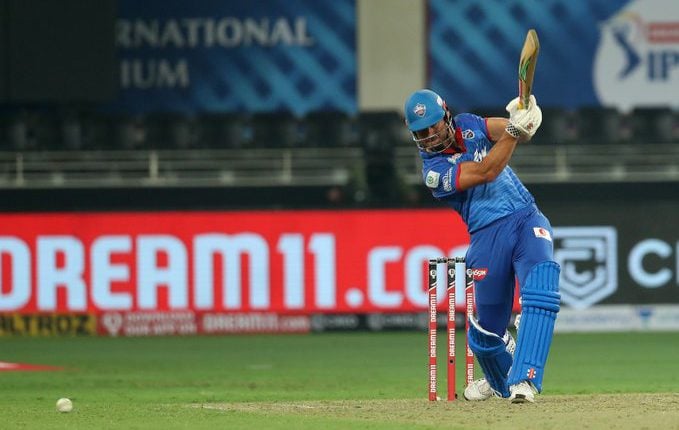 Dubai:  Marcus Stoinis (53) dragged Delhi Capitals to 157/8 with a blistering half century after a stellar show from Mohammed Shami (3/15), backed by valuable shifts put in by debutant Ravi Bishnoi (1/22) and Sheldon Cottrell (2/24) made it look like Kings XI Punjab may have a small target to chase in the second match of the Indian Premier League (IPL) season on Sunday.

DC were on 127/7 at the end of the penultimate over of the innings at the Dubai International Stadium after which Stoinis smashed 26 runs off Chris Jordan in the final over. Additionally, the over included a wide and a dramatic final ball in which Stoinis was run out after taking a run but Jordan had overstepped.

For the rest of the innings however, it was KXIP on top with Shami making life difficult for the batsmen early on.

He accounted for the wickets of opener Prithvi Shaw, Shimron Hetmyer and of DC captain Shreyas Iyer who acted as the anchor for much of his team’s innings. Shreyas was on 39 off 32 balls and looking to get going when he fell to Shami in the latter’s last over.

Shreyas put up a partnership of 73 with Rishabh Pant (31) to steady the ship for DC and it was 19-year-old who gave KXIP the breakthrough by dismissing the latter.