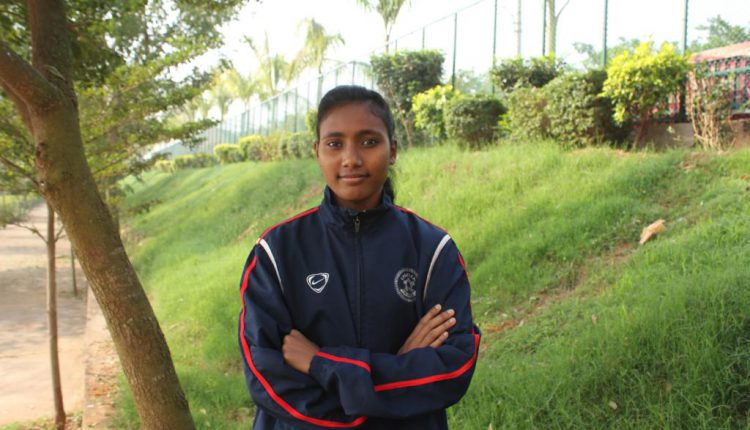 Bhubaneswar: Sanjukta Tirkey, a +3 student of Kalinga Institute of Social Sciences (KISS) in Bhubaneswar, has been selected in the Odisha team for the upcoming 25th Senior Women’s National Football Championship.

Sanjukta will represent the State team as a Goalkeeper in the tournament, which is scheduled to be held in Arunachal Pradesh from September 10 to 24, 2019.

A total of 30 teams from across the country, representing various States, Union Territories and Indian Railways will participate in the tournament.

The tribal girl had also represented the State team in the Junior National Football Championship -2015, held in Goa, in which Odisha clinched the Silver medal.