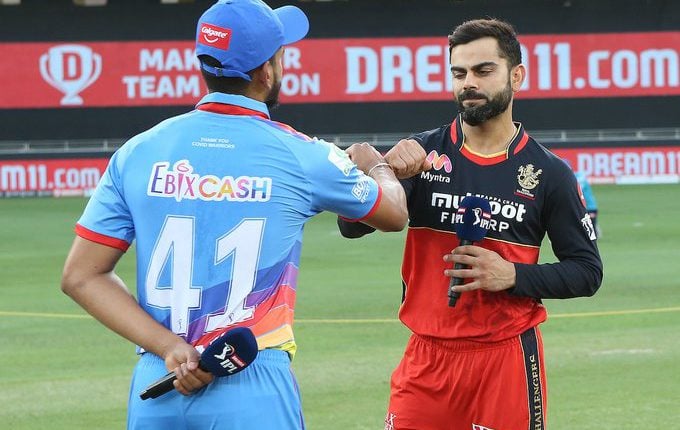 For RCB, England all-rounder Moeen Ali replaces Adam Zampa, who has a stomach problem, and Mohammed Siraj comes in for Gurkeerat Singh Mann.

In the Delhi camp, left-arm spinner Axar Patel comes in for injured leg-spinner Amit Mishra, who has been ruled out of the rest of the tournament with an injury to his index finger.

Kohli Nominated For Five ICC Awards Of The Decade