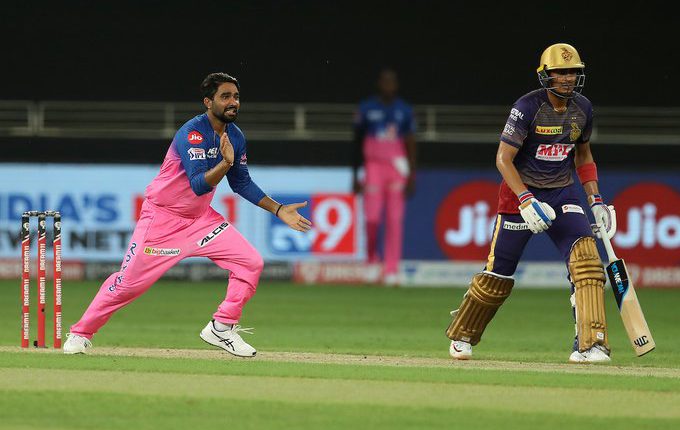 For RR, Jofra Acher marked his return to form with the ball as he bagged 2/18.

Sunil Narine’s dry spell with the bat continued as he was dismissed for 15 runs in the fifth over. His opening partner Gill, however, ancored the innings throughout its first half before finally falling in the 12th over to Archer, three runs short of a second consecutive half century.

Explosive all-rounder Andre Russell was threatening to finally show his full array of shots this season, reaching 24 runs in 14 balls. His innings was punctuated by three sixes but it was cut short by Ankit Rajpoot who got him holed out at deep midwicket. Morgan then anchored the lower middle order and saw KKR through to 174 for six in 20 overs.