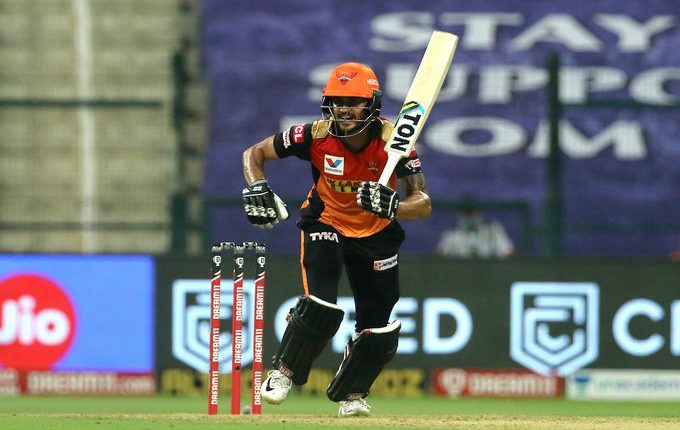 Dubai: Sunrisers Hyderabad scraped their way to 142/4 against Kolkata Knight Riders in the eighth match of the Indian Premier League at the Dubai International Cricket Stadium on Saturday.

Manish Pandey topscored for SRH with 51 off 38 balls, adding 62 runs for the third wicket with Wriddhiman Saha.

Captain David Warner got to spend more time in the middle than he did in the previous match in which he faced just six balls before being dismissed. On Saturday, he scored 36 off 30 balls but fell to spinner Varun Chakravarthy just as he was looking to shift gears.

His opening partner Jonny Bairstow successfully reviewed a caught behind decision that went against him off Pat Cummins only to be bowled the very next ball of the over. Wriddhiman Saha, who was included in the squad in place of the injured Vijay Shankar, never managed to get going and scored 30 off 31 balls.

KKR’s record buy Pat Cummins followed up his underwhelming show in the first match with a masterful performance on Saturday, returning with figures of 1/19. Apart from Chakravarthy, Andre Russell was the third wicket taker for KKR, having accounted for the wicket of Manish Pandey.