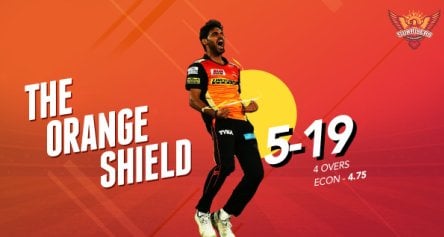 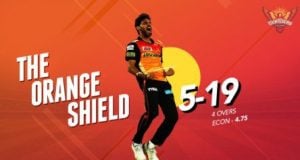 The Kolkata Knight Riders and Sunrisers Hyderabad continued their good form in IPL 2017, while Kings XI Punjab suffered yet another defeat despite fighting valiantly. Delhi Daredevils too ended up on the losing side in a close encounter.

Chasing a victory target of 169, KKR lost three wickets for just 21 runs. Gambhir and Uthappa departed cheaply. However, Manish Pandey (69*) and Yusuf Pathan (59) changed the course of the game with a 110-run partnership for the fourth wicket. KKR reached 169/6 in 19.5 overs and won the match by 4 wickets. Nathan Coulter-Nile was declared Player of the Match.

The match looked one-sided at one stage when KXIP slumped to 82/6. However, Manan Vohra held the fort on the other side and almost took the game away from SRH before falling for 95 off 50 balls in the 19th over. KXIP bowled out for 154 in 19.4 overs and lost the match by 5 runs.

Bhuvneshwar Kumar was adjudged ‘Player of the Match’ for his magnificent spell of 5/19. Rashid Khan took two wickets.