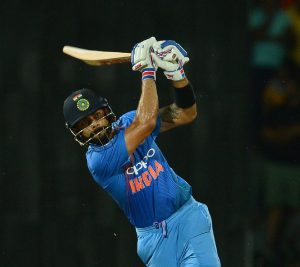 Virat Kohli & his team ended the Sri Lankan tour on a high. They won the lone T20I in Colombo to complete a 9-0 super whitewash. They had earlier won Test series 3-0 and ODI series 5-0.