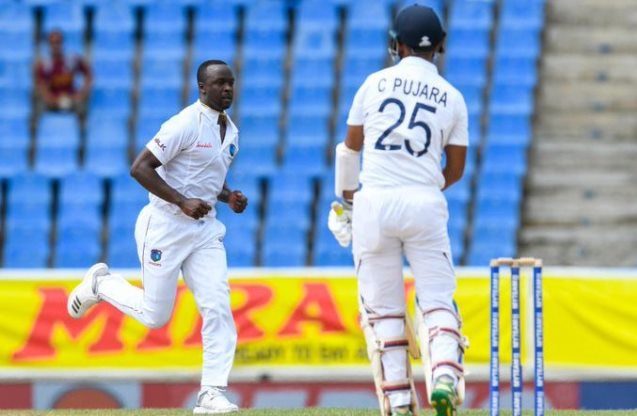 Antigua: West Indies captain Jason Holder won the toss and opted to bowl first in the first Test of the two-match series at the Sir Vivian Richards Stadium in Antigua on Thursday.

Mayank Agarwal and K.L.Rahul opened the innings for India.

Earlier, the match was delayed by about 15 minutes due to a wet outfield caused by rain.  The match is also the opening contest of the World Test Championships for both the sides.