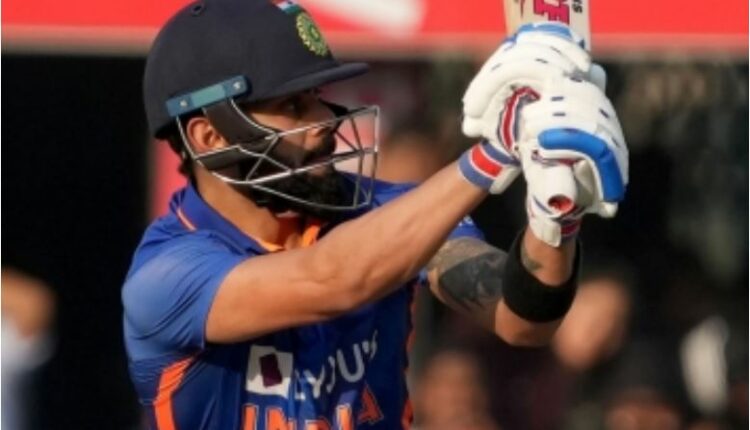 Guwahati, Jan 10 (IANS) Sri Lanka skipper Dasun Shanaka slammed a valiant unbeaten 102 but that only reduced the margin of defeat for the visitors as India won the first ODI by 67 runs to take 1-0 lead in the three-match series at the Barsapara Cricket Stadium, here on Tuesday.

After Virat Kohli slammed his 45th ODI century while captain Rohit Sharma and Shubman Gill slammed fifties to propel India to a massive 373/7, Sri Lanka made 306/8 in reply, with Shanaka’s 88-ball 102 coming too late after opener Pathum Nissanka made 72 off 80 balls.

Chasing 374, Nissanka got going with three boundaries off Shami in the first three overs. But Siraj helped India bounce back with his immaculate line and length — forcing Avishka Fernando to miscue a leading edge to mid-off and then castling Kusal Mendis through the gate with a sharp nip-backer.

Nissanka was involved in a brief 41-run stand with Charith Asalanka, before speedster Umran had the latter gloving behind to keeper, though replays later showed there was no bat involved. Nissanka continued to drive and sweep with ease while Dhananjaya de Silva took time before driving, lofting and sweeping effortlessly.

The 72-run partnership between Nissanka and Dhananjaya ended when Mohammed Shami got a length ball to swerve away and forced the latter to nick behind without any footwork in the 25th over, falling for 47. Six overs later, Nissanka’s fighting knock came to an end when he mistimed a pull to mid-wicket off Umran.

Wanindu Hasaranga smacked Yuzvendra Chahal for a brace of sixes over mid-wicket and lofted over cover for four. But the leg-spinner had the last laugh, as the right-handed batter holed out to deep mid-wicket at the end of the 32nd over. In the next over, Umran had Dunith Wellalage caught at first slip for a golden duck and fastened Sri Lanka’s crumbling.

Chamika Karunaratne fell to Hardik Pandya while trying to loft off him and hit straight to mid-on. Shanaka was waging a valiant battle for Sri Lanka, lofting uppishly while slamming and timing the ball hard to get boundaries and get his fourth ODI fifty in 50 balls.

He continued to drive, loft, pull, and slash on the up before getting his century in 87 balls with a cover drive off Shami in the final over, after Rohit withdrew the appeal of his run-out from non-striker’s end when he was at 98.

Shanaka finished off the innings with a six over deep mid-wicket to bring the century of his partnership in 73 balls with Kasun Rajitha as well as the side’s 300. But it was insufficient for Sri Lanka to avoid a loss in the series opener.